The Kissing Bills –
a fundraising campaign where money became a spokesperson for the cause.

14 European countries allow same-sex marriage. Switzerland is still not one of them.

I was lucky to be part of a team that applied design and conceptual skills to help Pink Cross, Switzerland's largest LGBT rights organization, raise awareness and collect money to support the cause.

8 ads pairing 16 bills showed 16 faces that met where facing pages meet for a kiss in support of gay marriage in Switzerland. 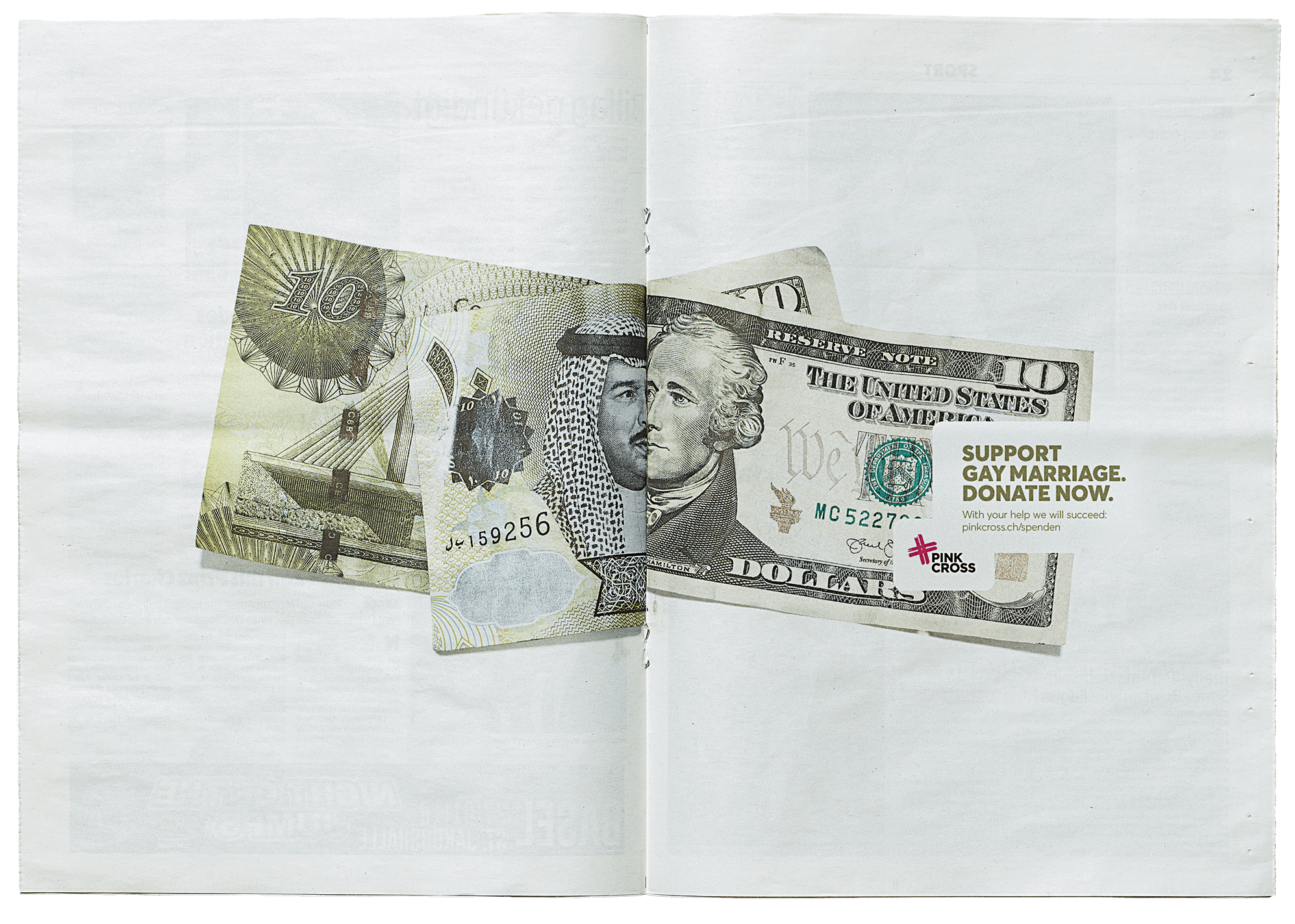 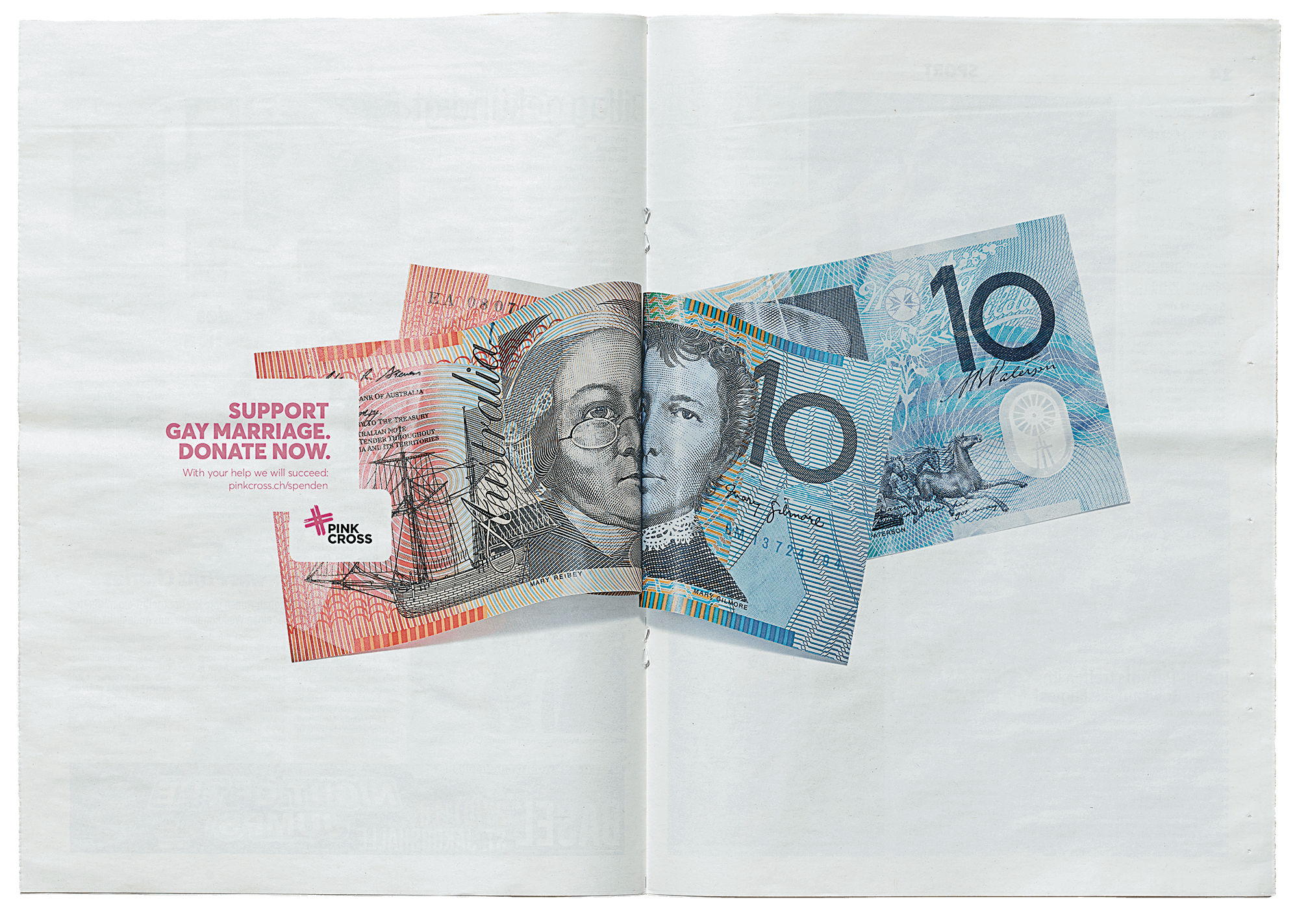 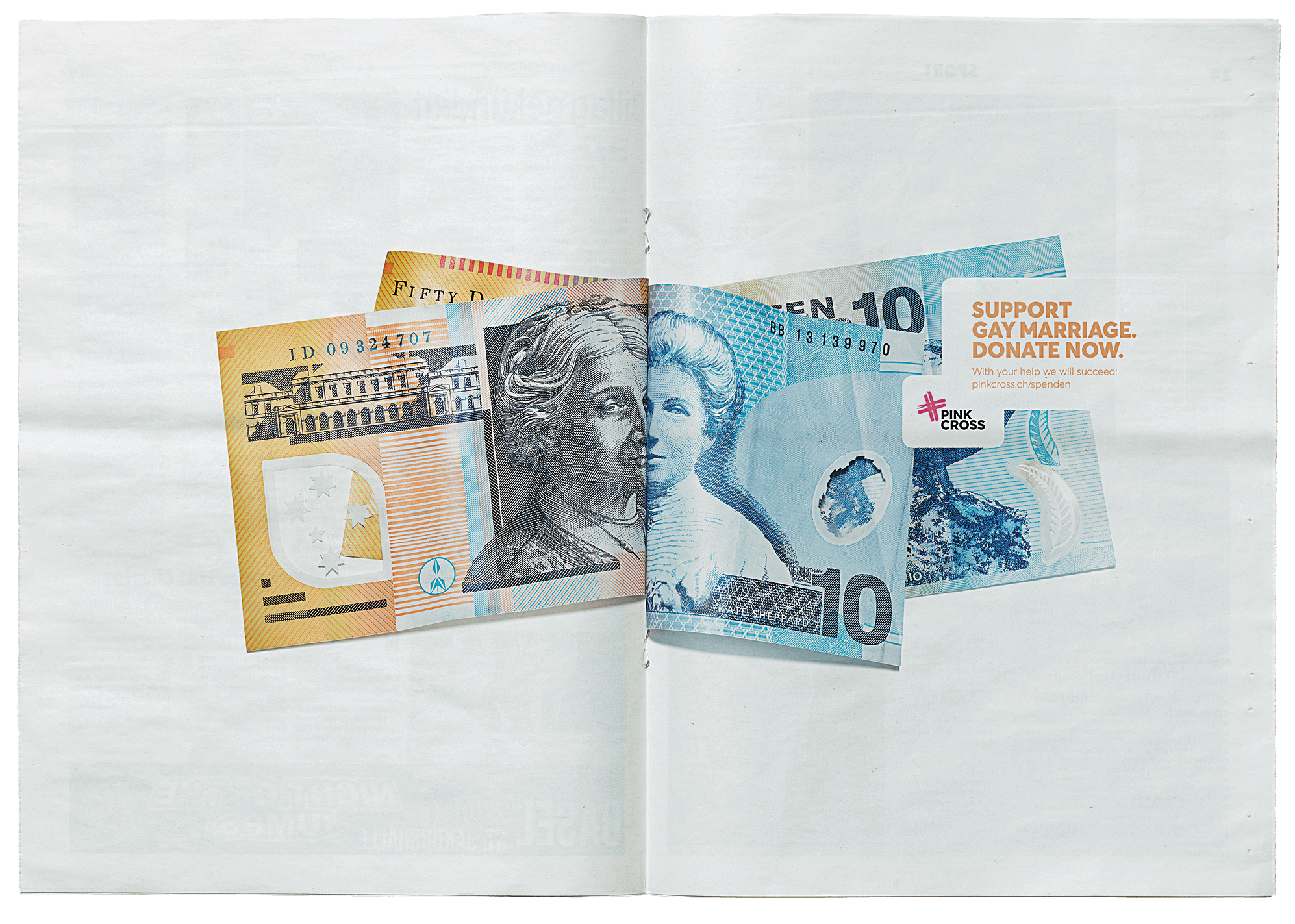 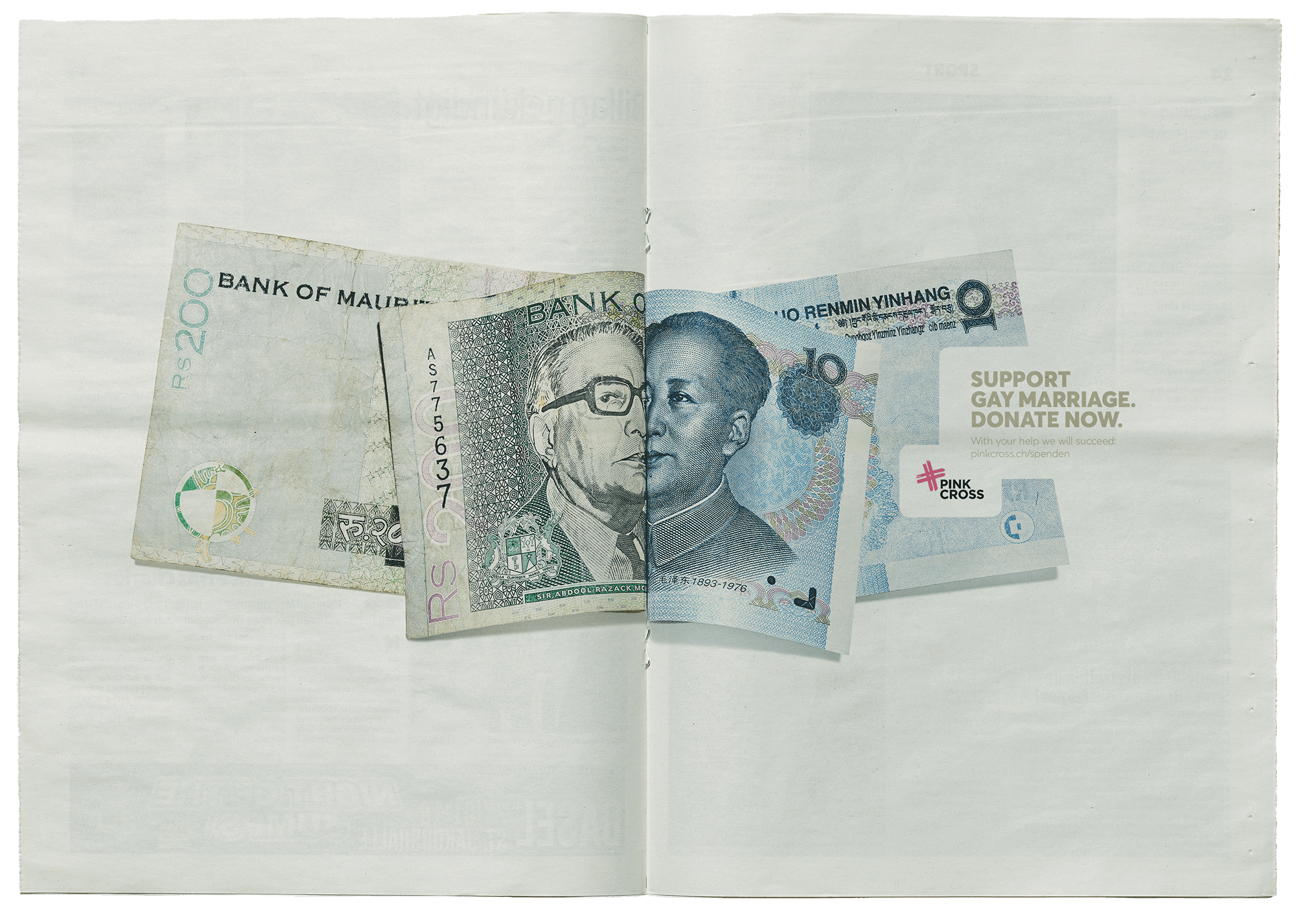 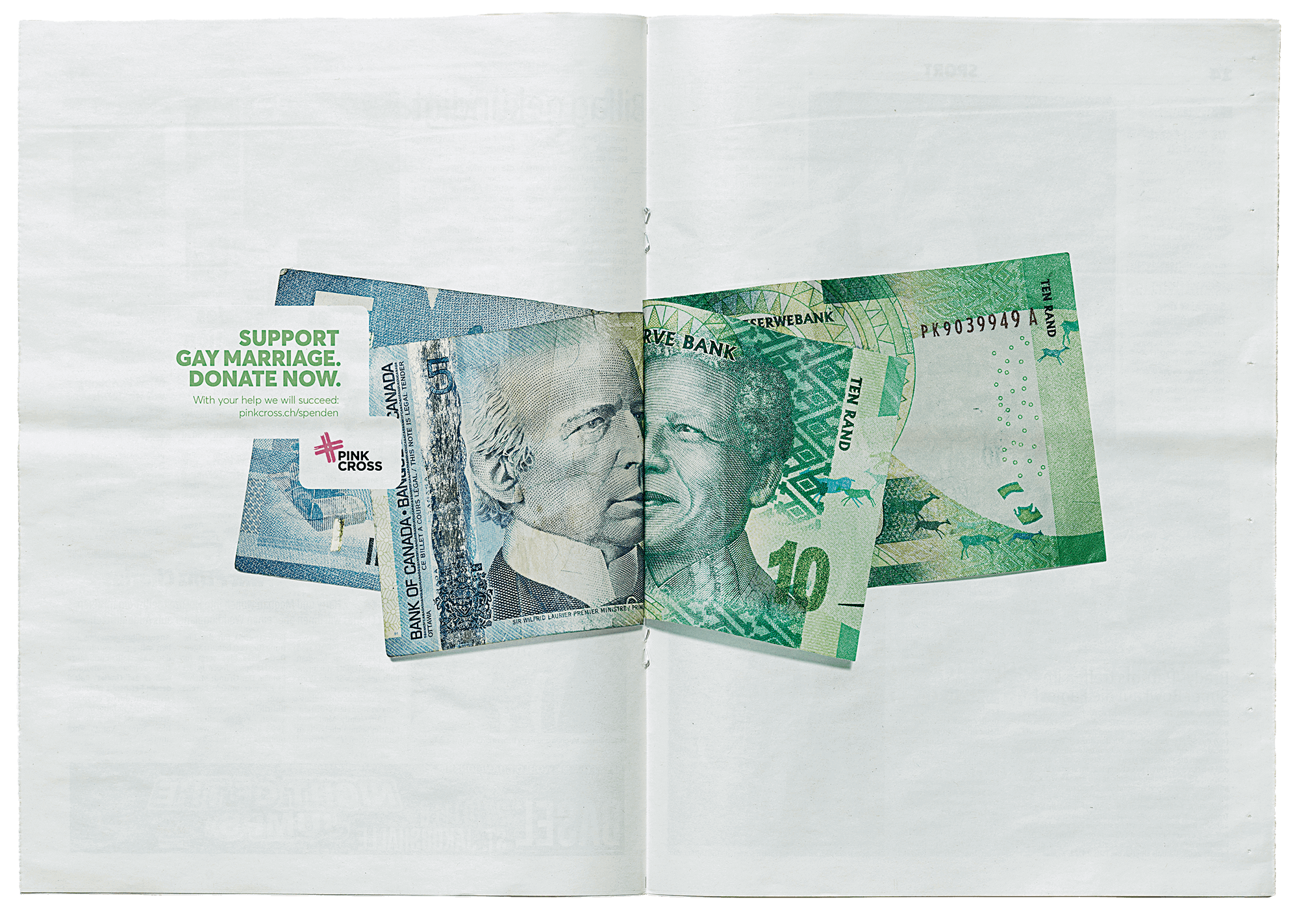 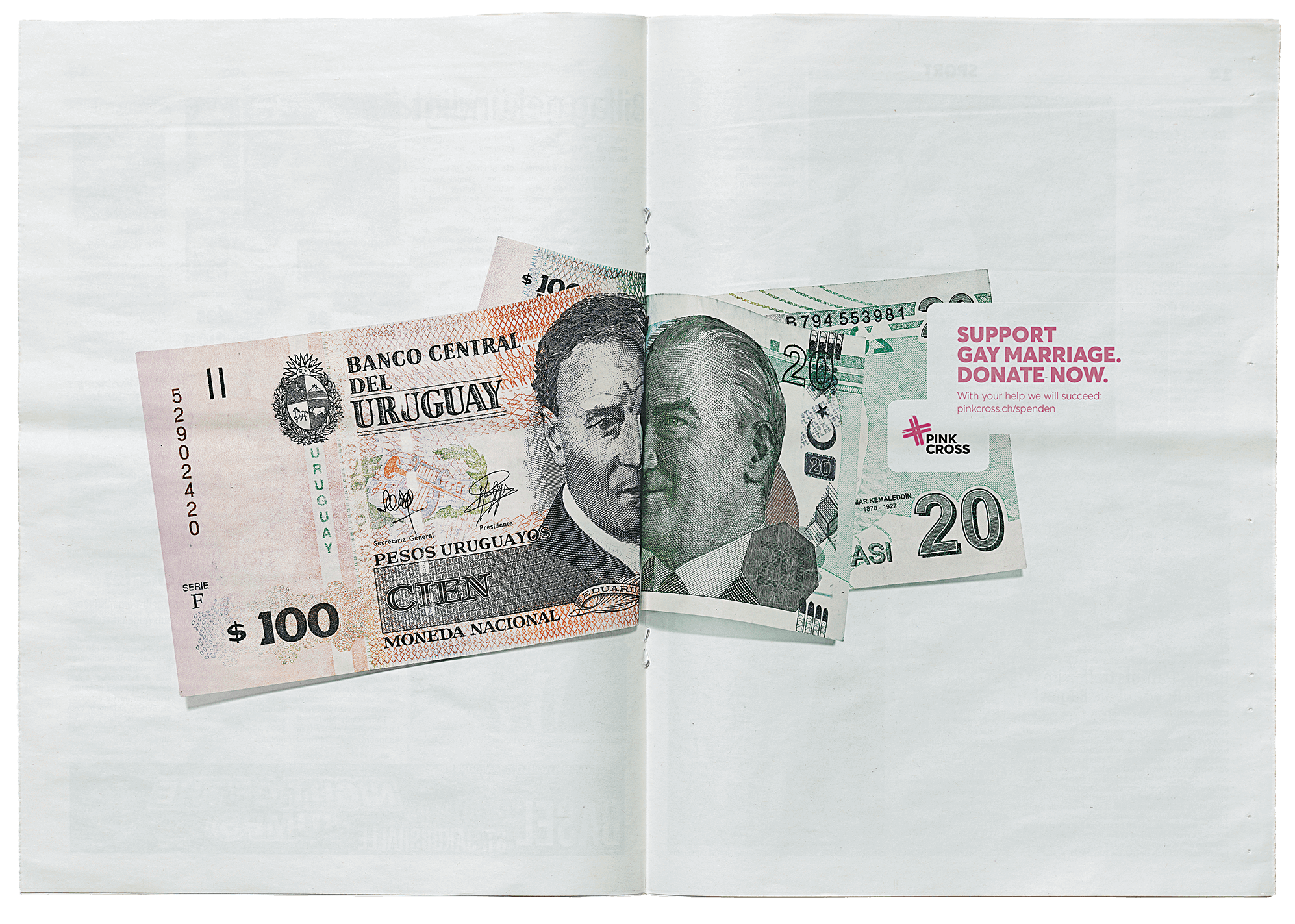 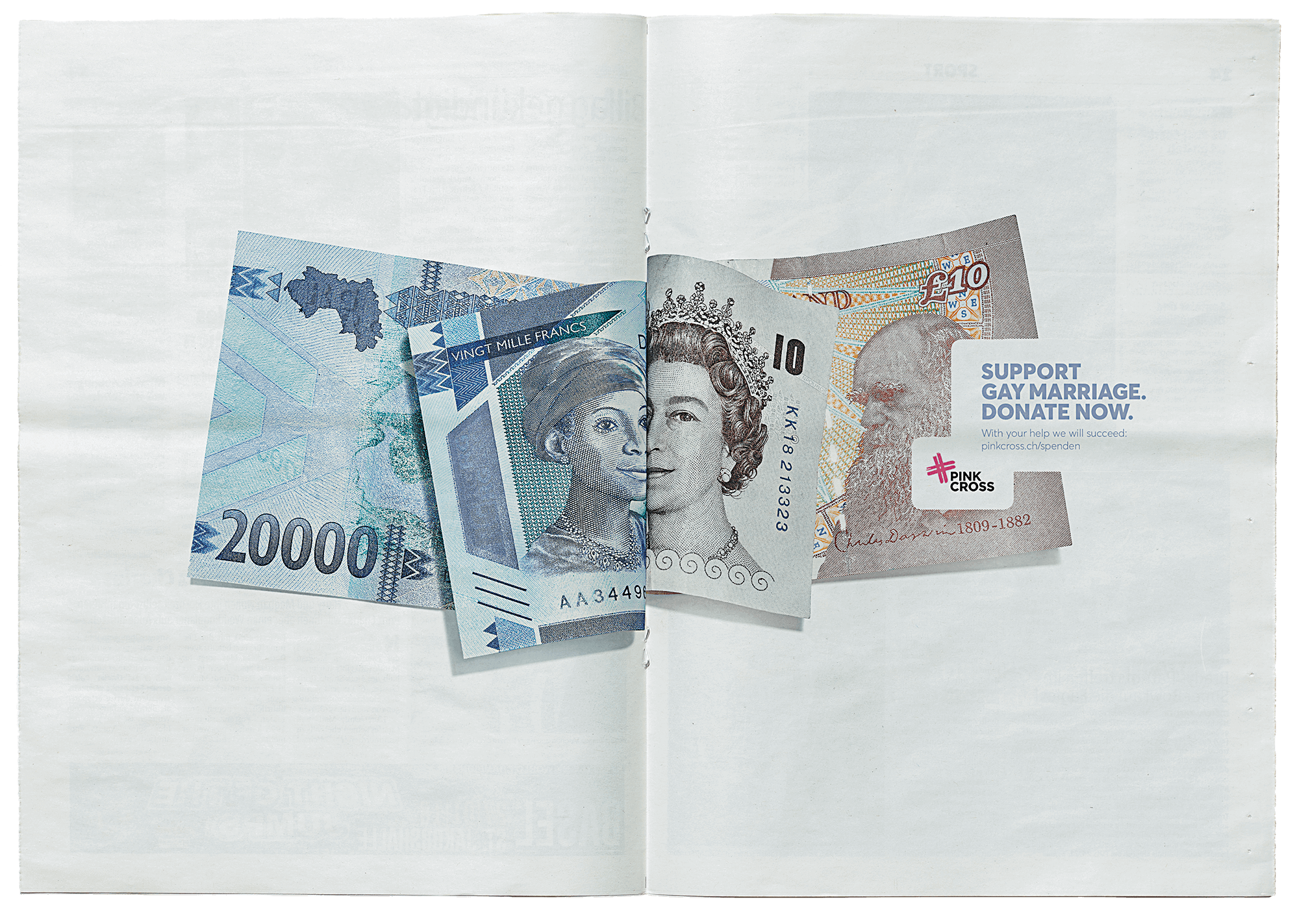 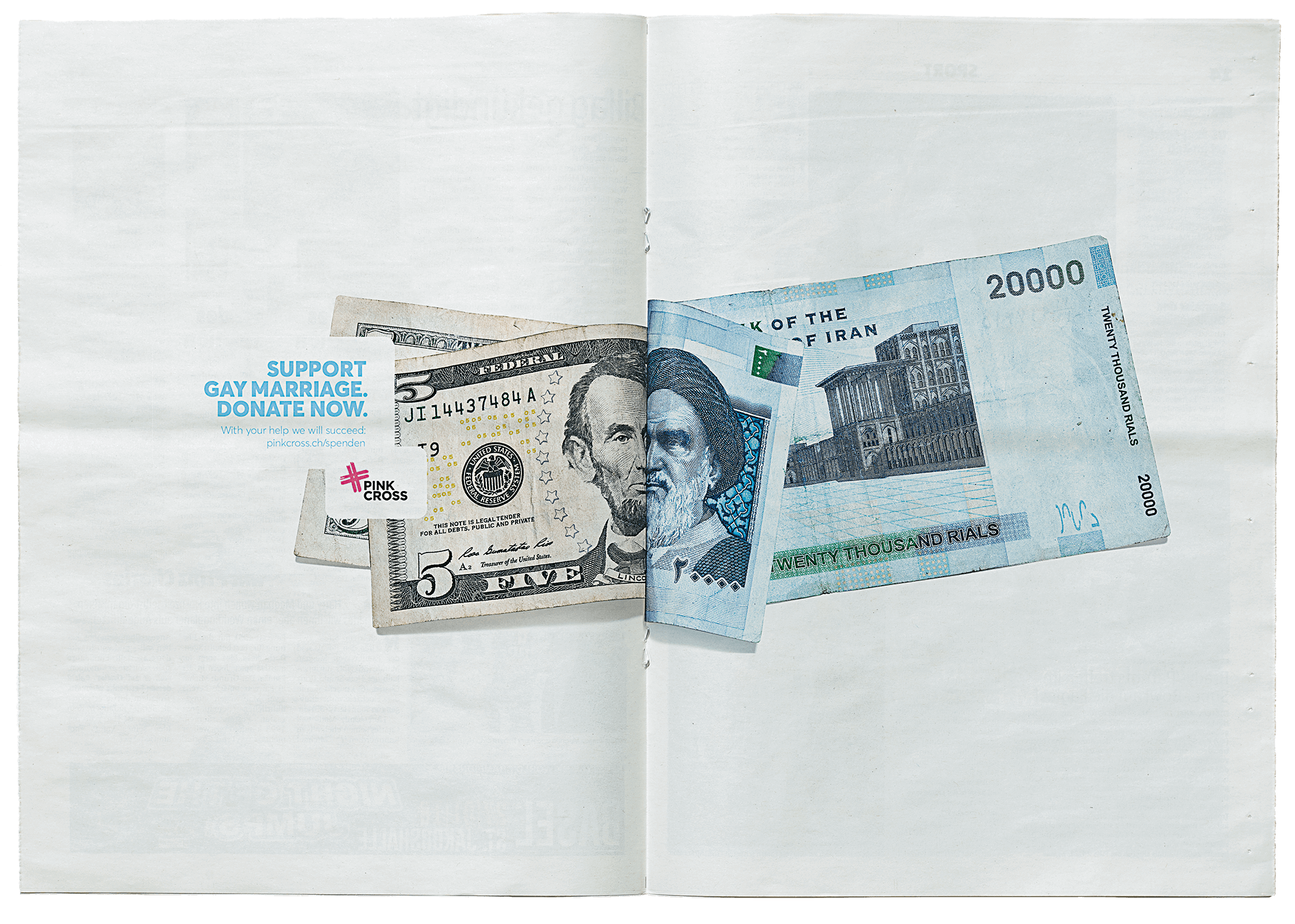 The Kissing Bills went up on billboards in Zürich and Bern. 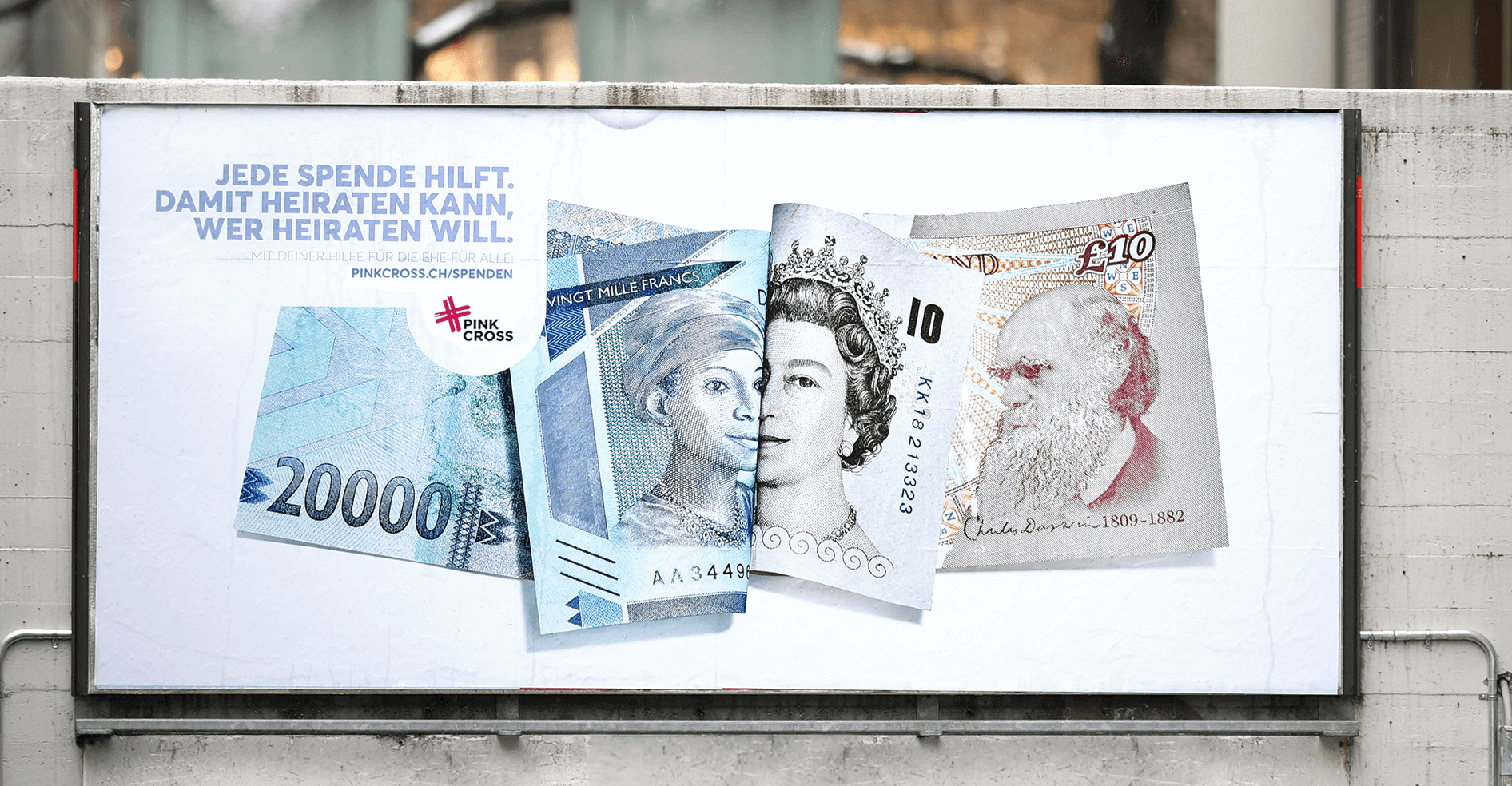 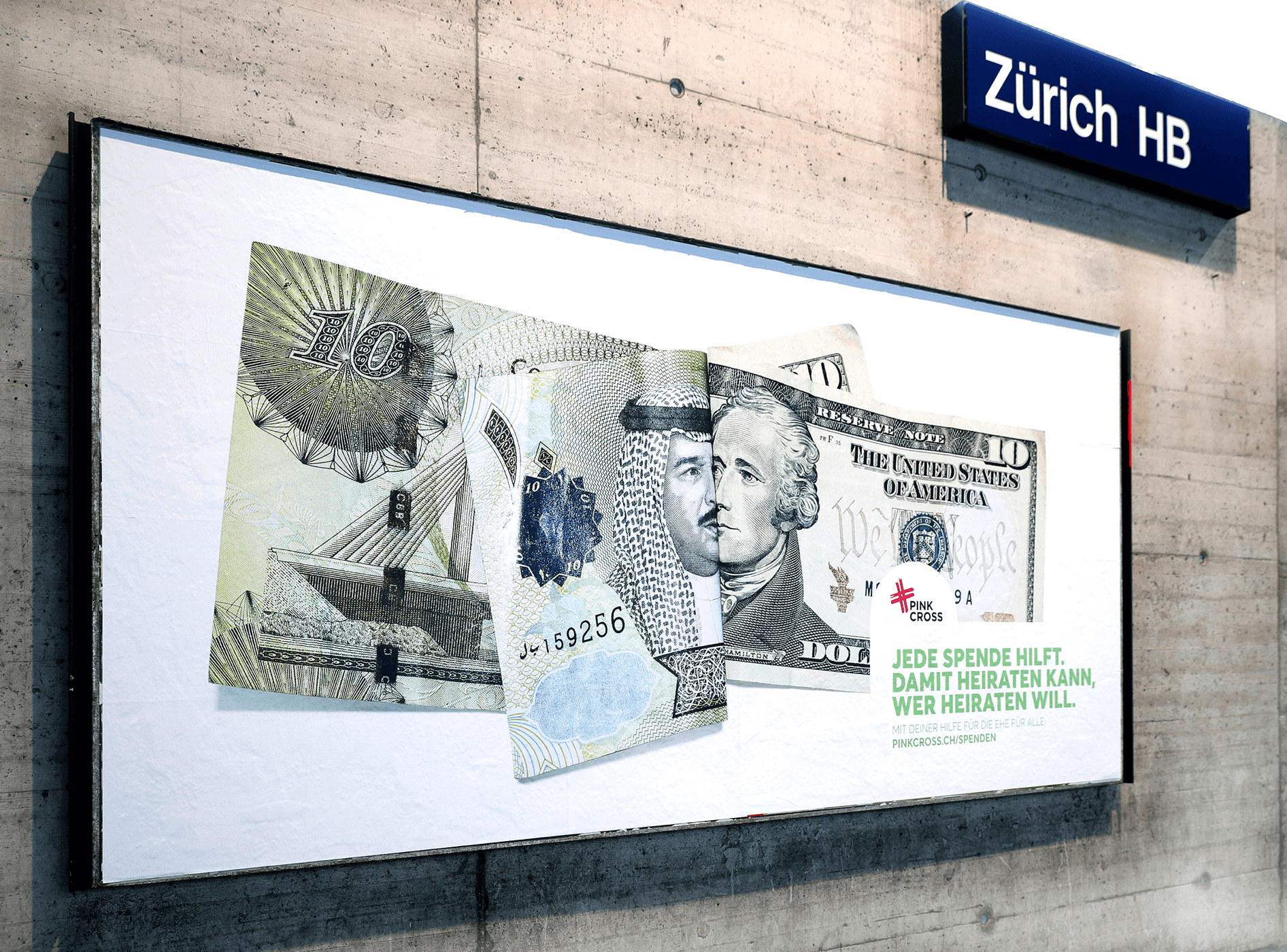 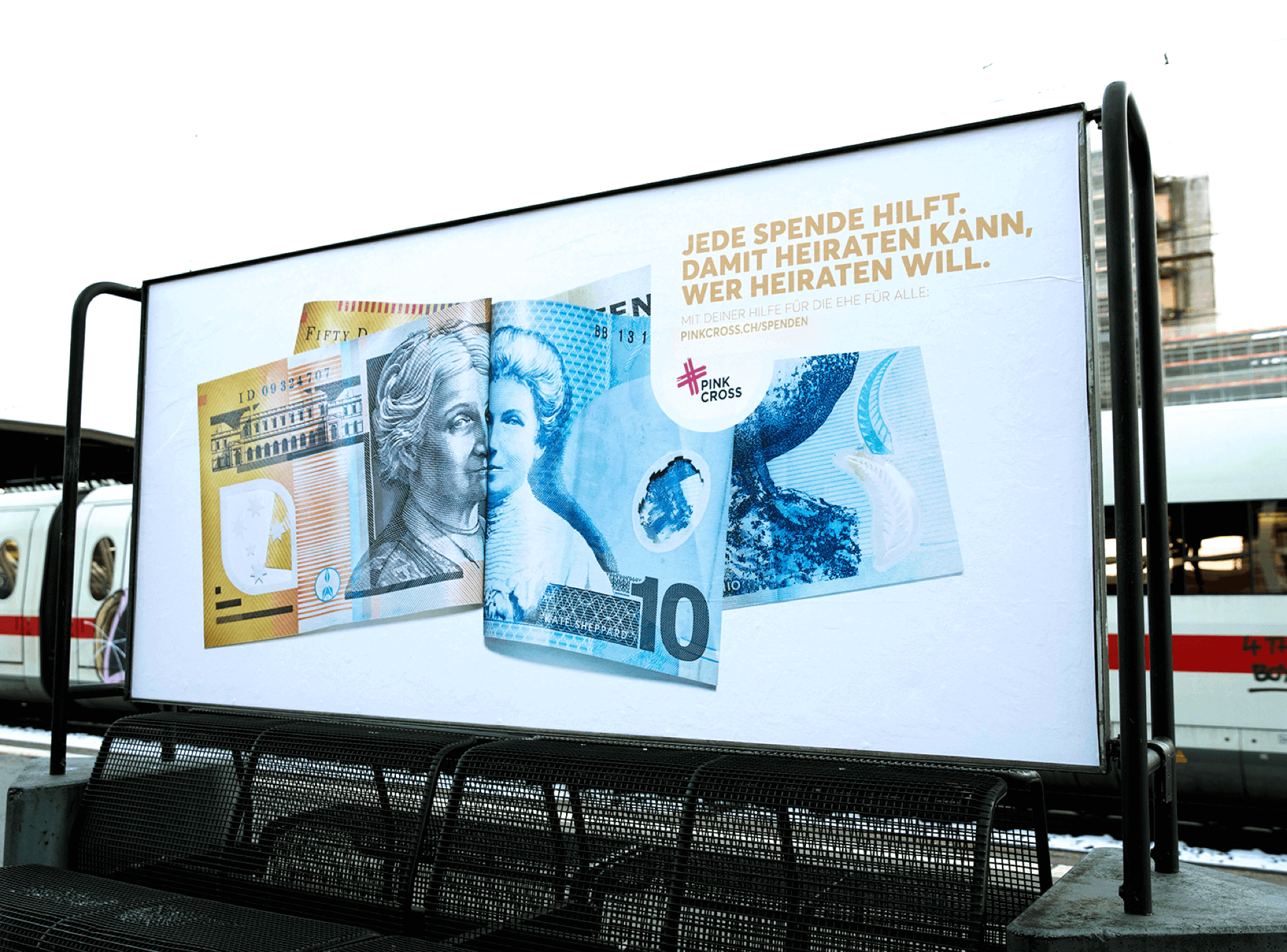 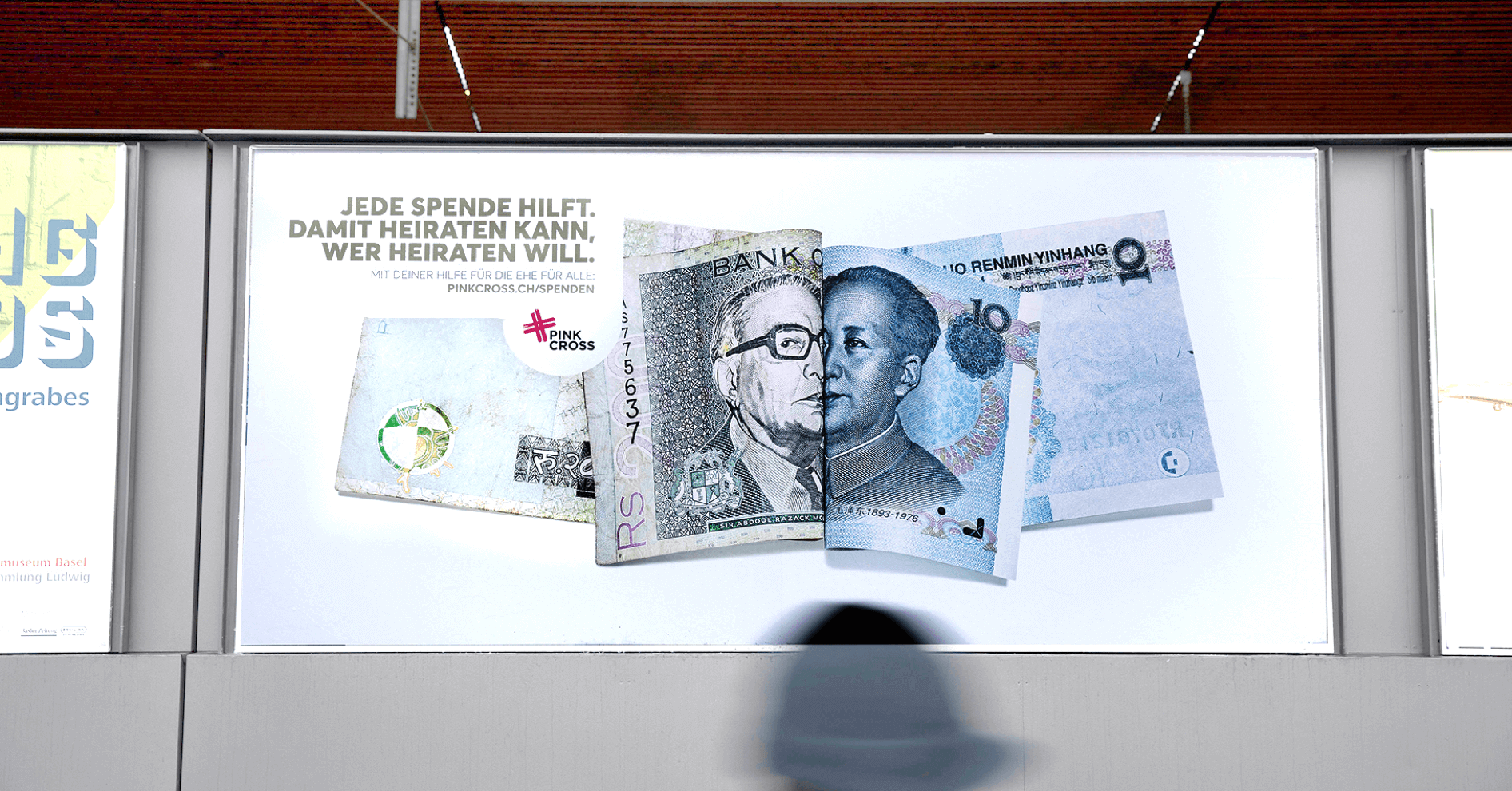 And in celebration of its 25th anniversary Pink Cross launched a limited series of credit cards featuring the Kissing Bills. With every use of a Kissing Bills card 1% of the fees is donated to Pink Cross helping fuel their fight. 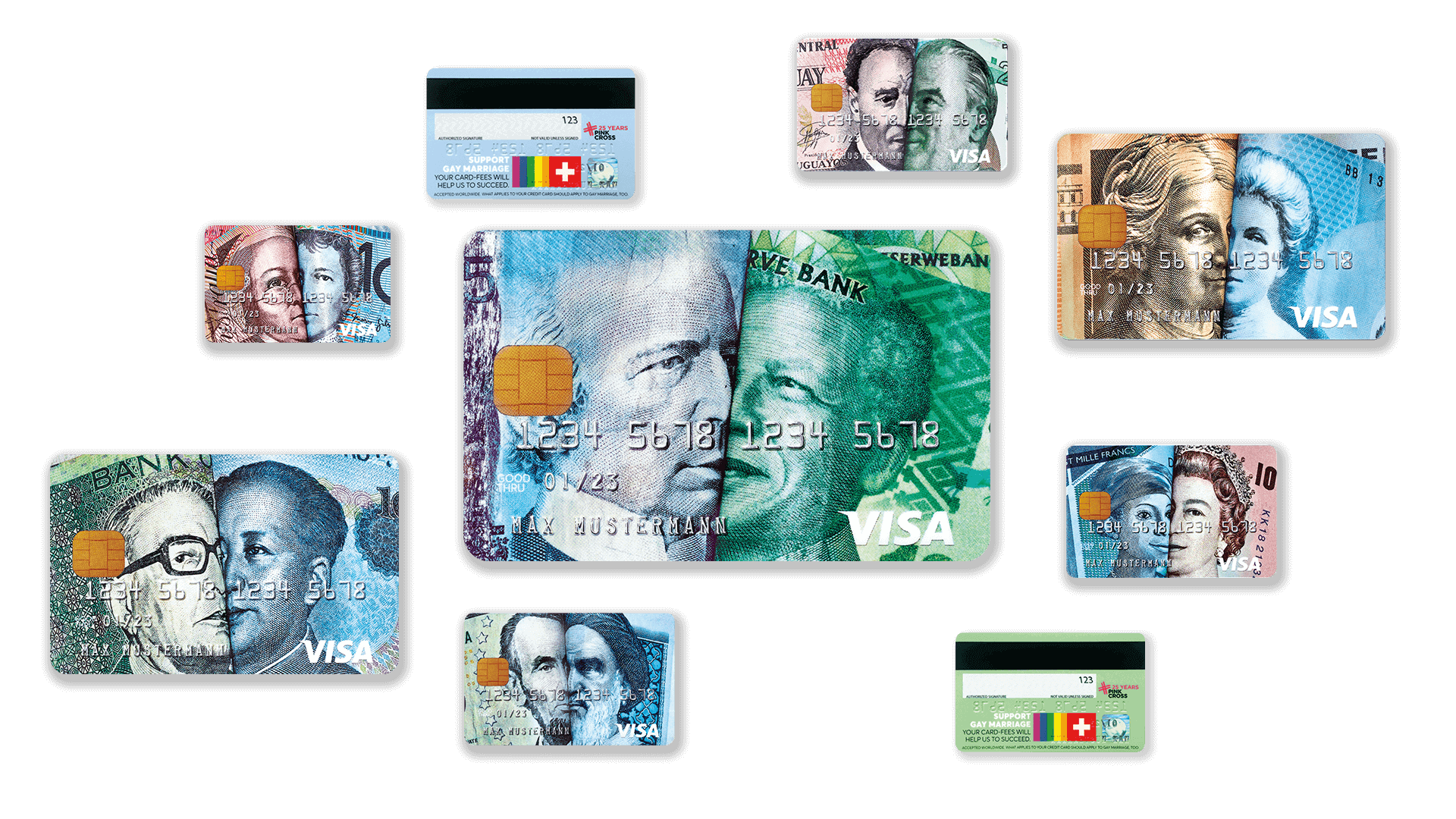 The campaign got picked up in 360° MAGAZINE, gay.ch, Queer.de, TÊTU, Mannschaft Magazin, W&V, and others. And while marriage equality has not yet been reached in Switzerland the campaign has generated a 27% increase of donations for the cause. 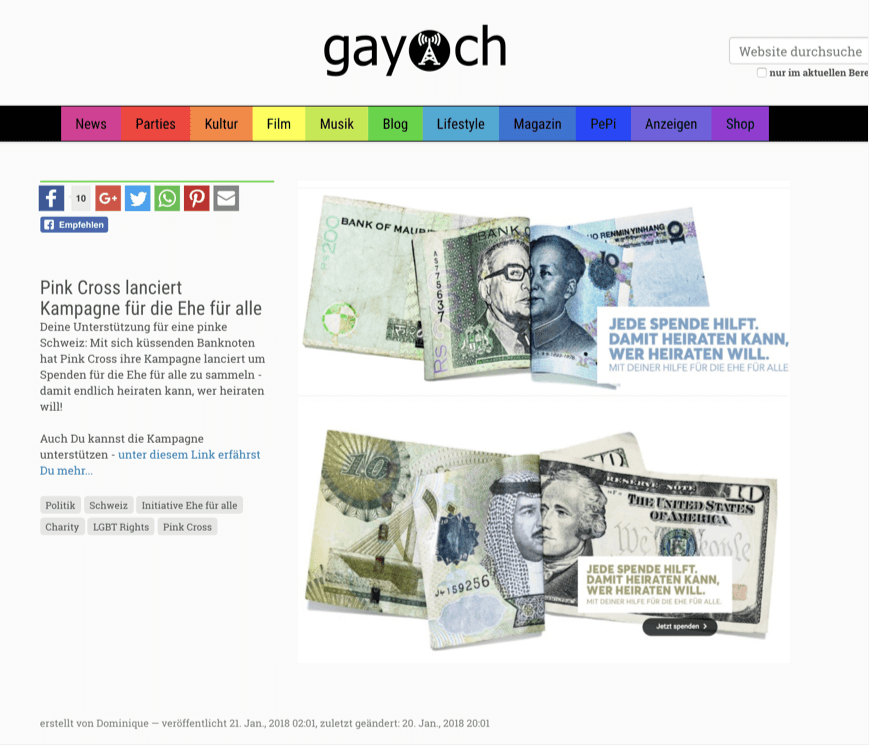 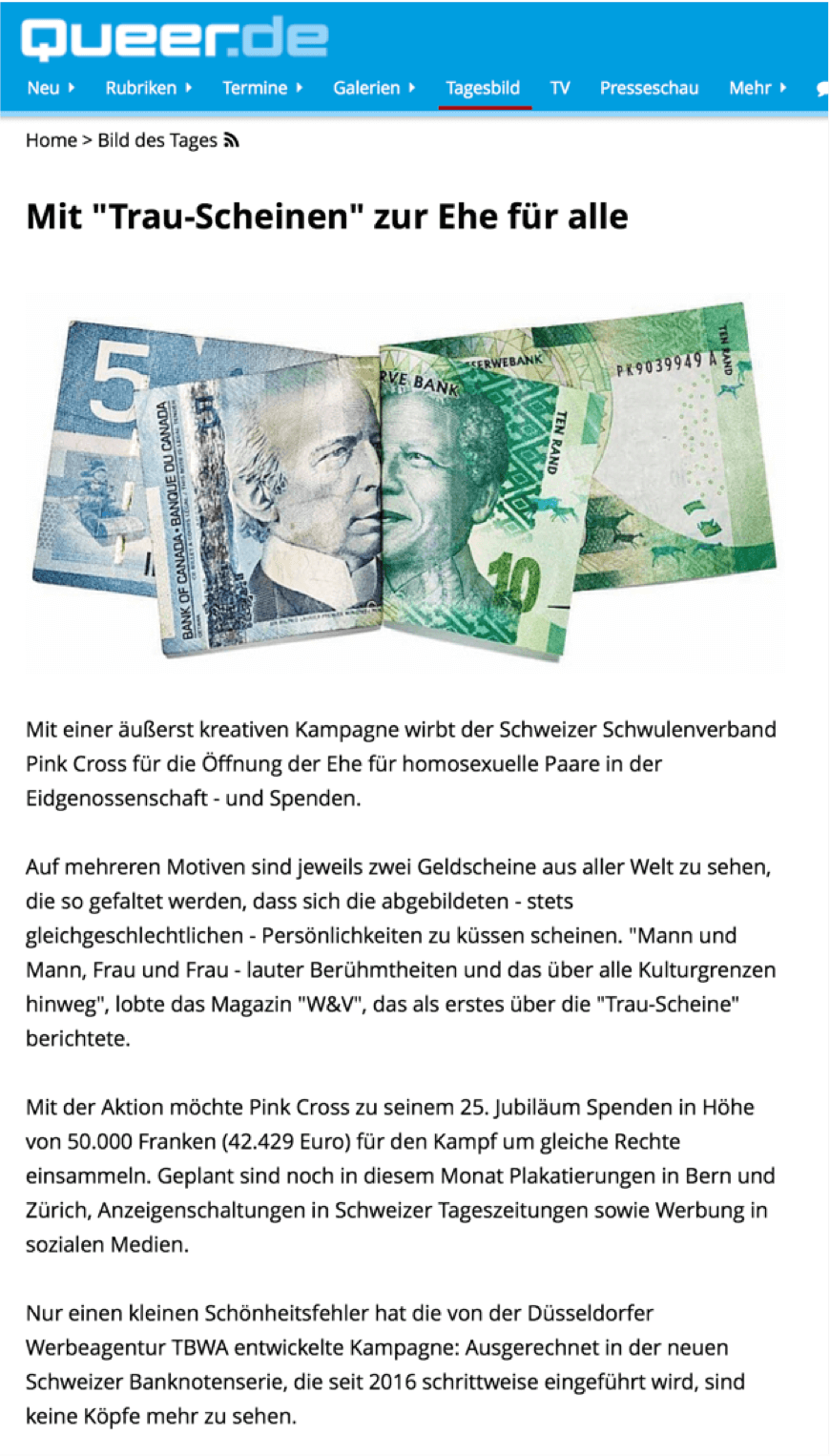 User research, UX design
This website uses icons from icons8.com, photography from Unsplash and illustrations from unDraw. All other content on this site © 2020 Evgeniya Marukhina.