The Nic Cage Rage Page –
my most visited side project that came out of a need to let some steam out.

Sometimes certain situations build up a little frustration and you just want to scream.

Starting off this thought a couple of friends of mine and I built a website that let you do just that with an added bonus of comparing yourself to Nic Cage, an undeniable “scream at the top of your lungs” superstar.

We created a page that answered a question “Can I Rage like Cage?” 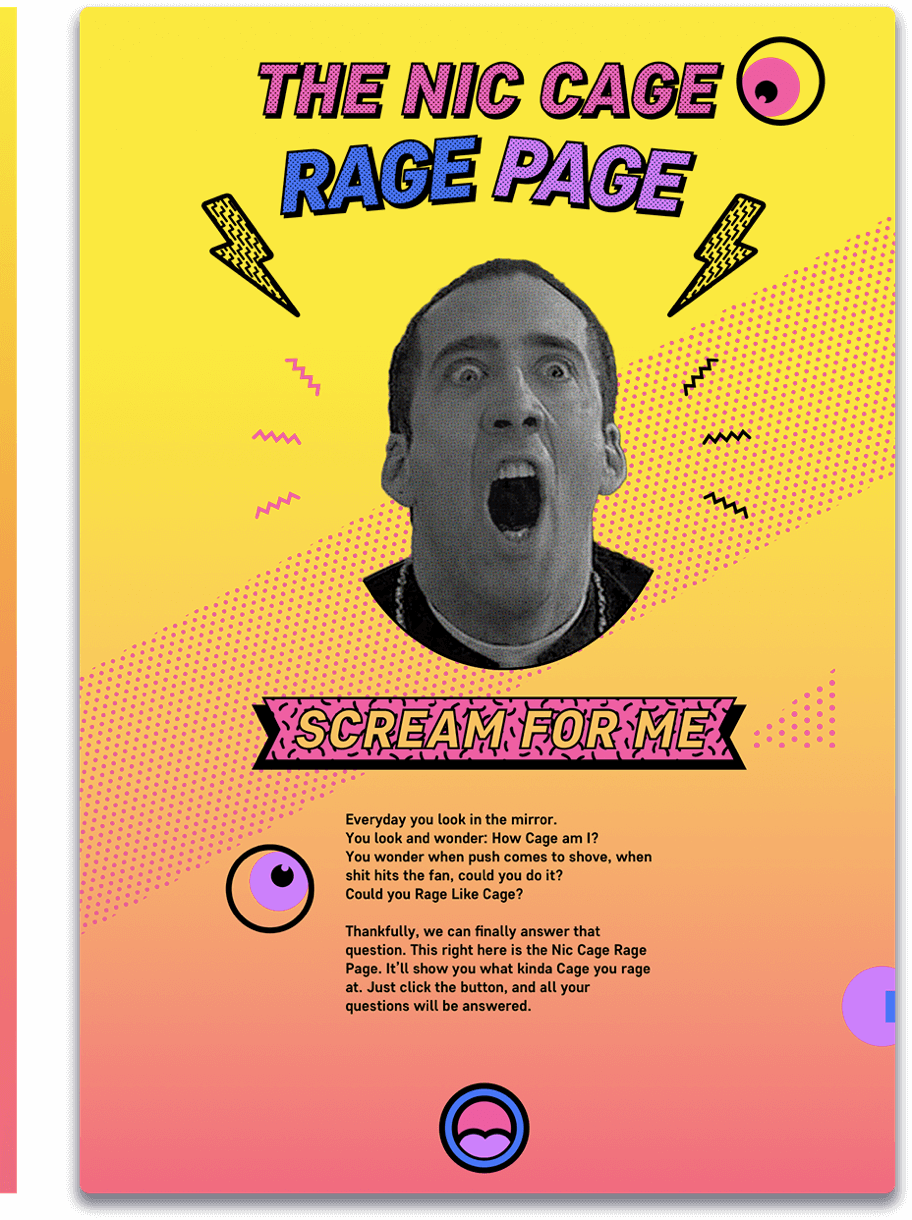 The site uses your microphone to record how hard you rage. You're then given a score from one to "Cage" with a corresponding GIF to show just how Cage you are. Share your results with your friends and see if any of you are truly Cage.

Think you’ve got what it takes to "Rage Like Cage”? 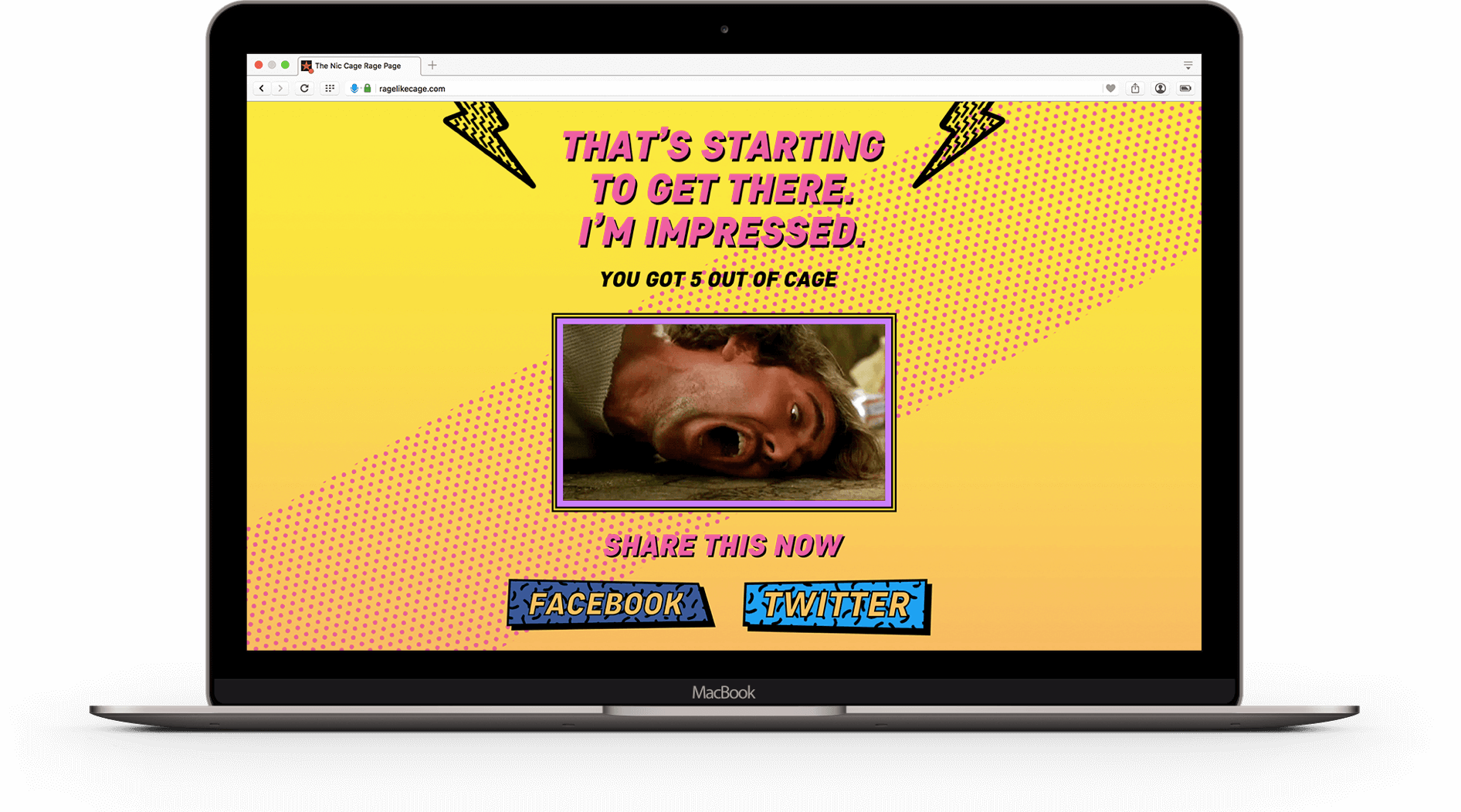 The page was a lot of fun to make with a bonkers look and an interface coded up in a couple of days. It struck a chord and brought us some Internet fame.

We were featured on the front page of Adweek, on A.V. Club, and on The Next Web.

As the word spread, articles were posted in China, Brazil, Russia, there was even a segment on Southern California Public Radio, and an interview on a Russian comedy channel!

More than 35.000 people tried to Rage as hard as Cage. Some of them tweeted nice things about us. 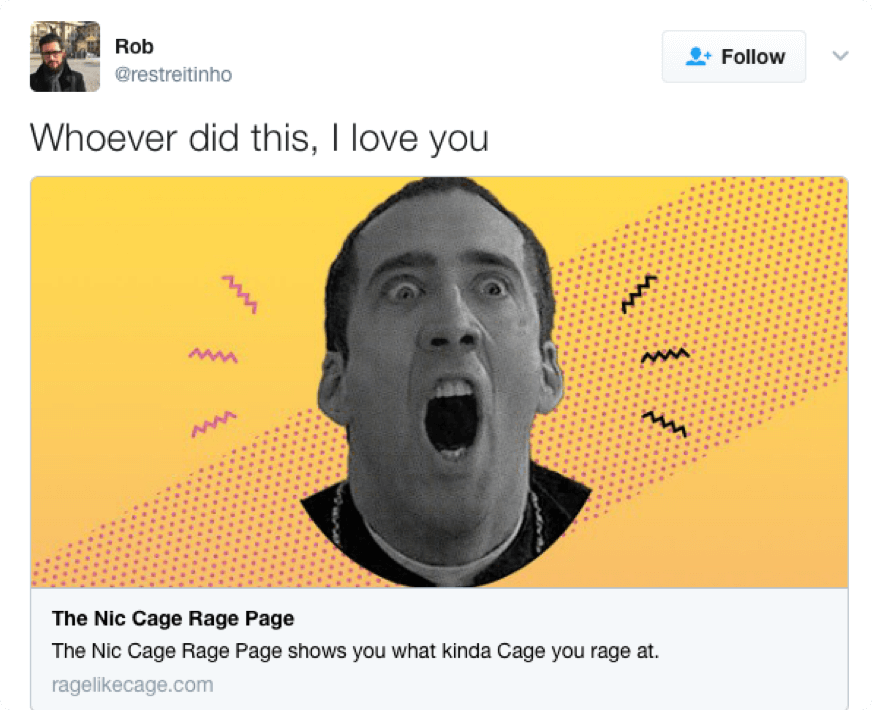 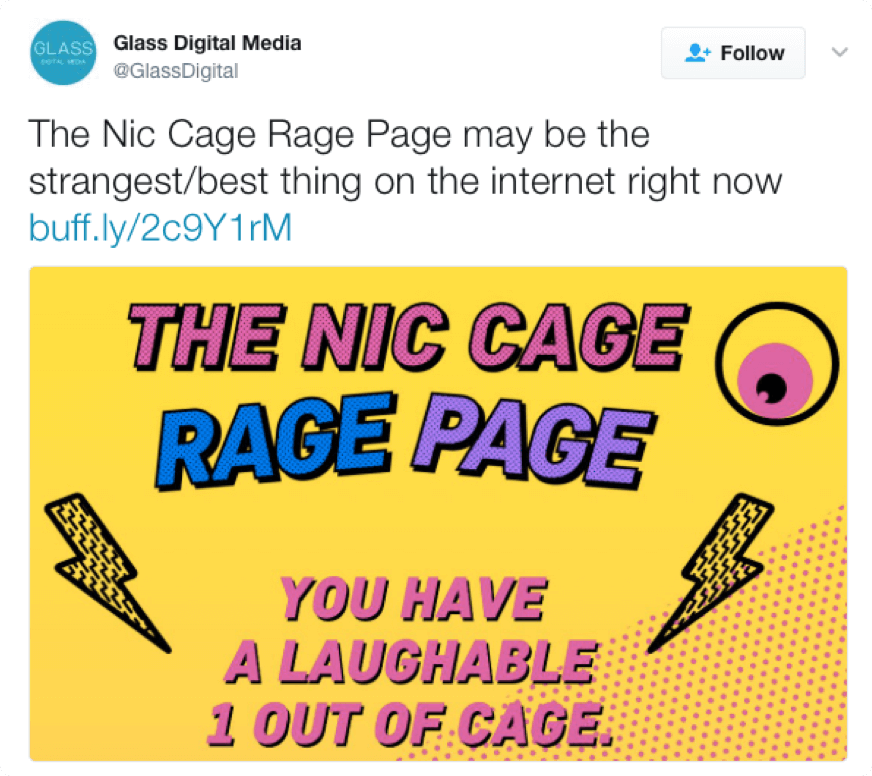 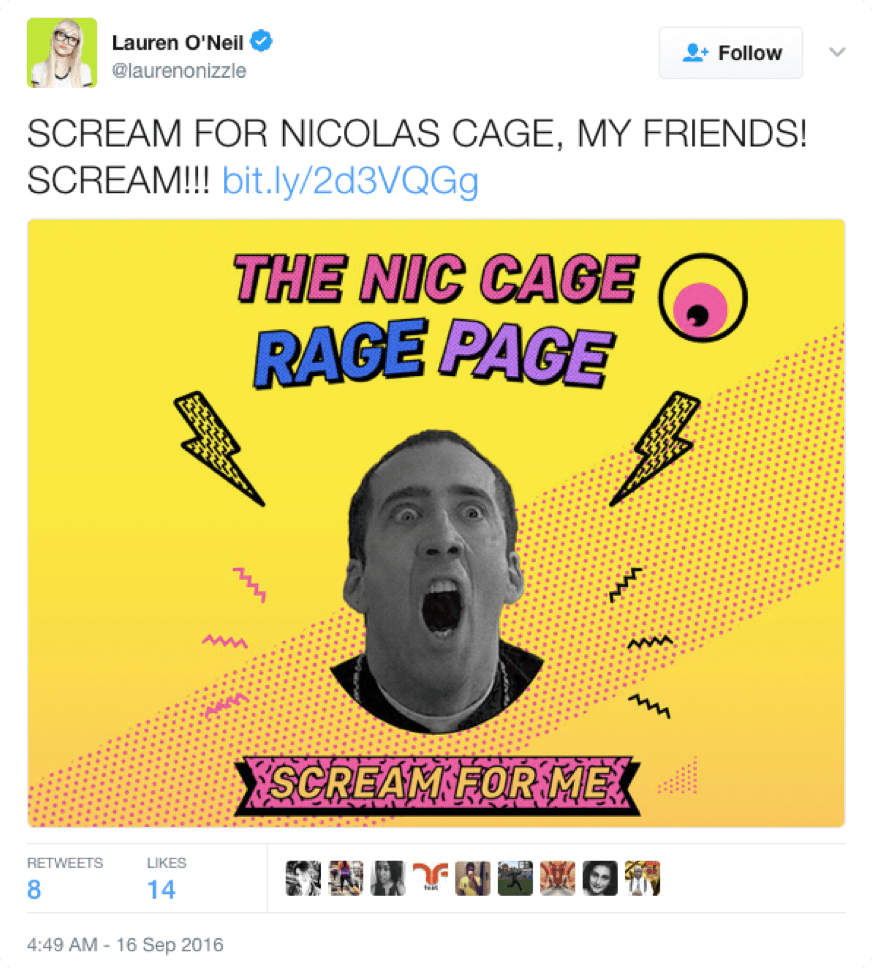 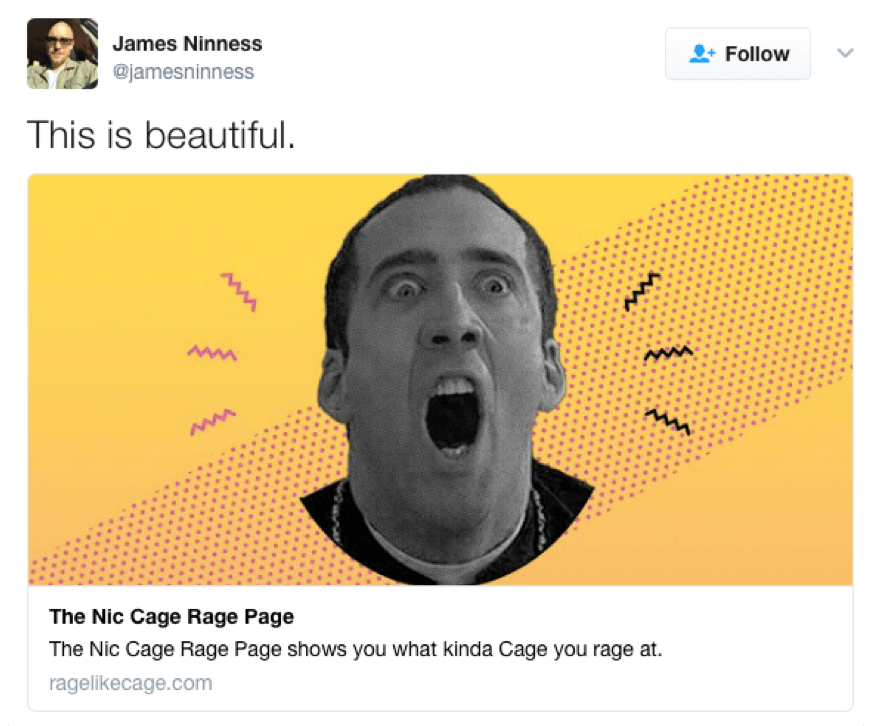 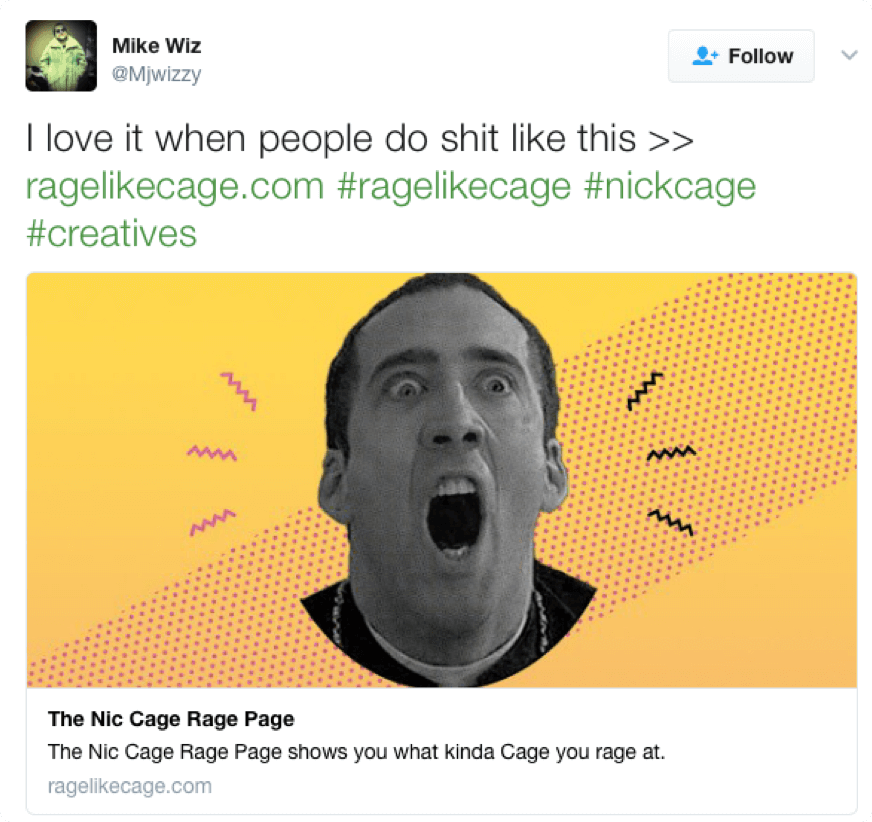 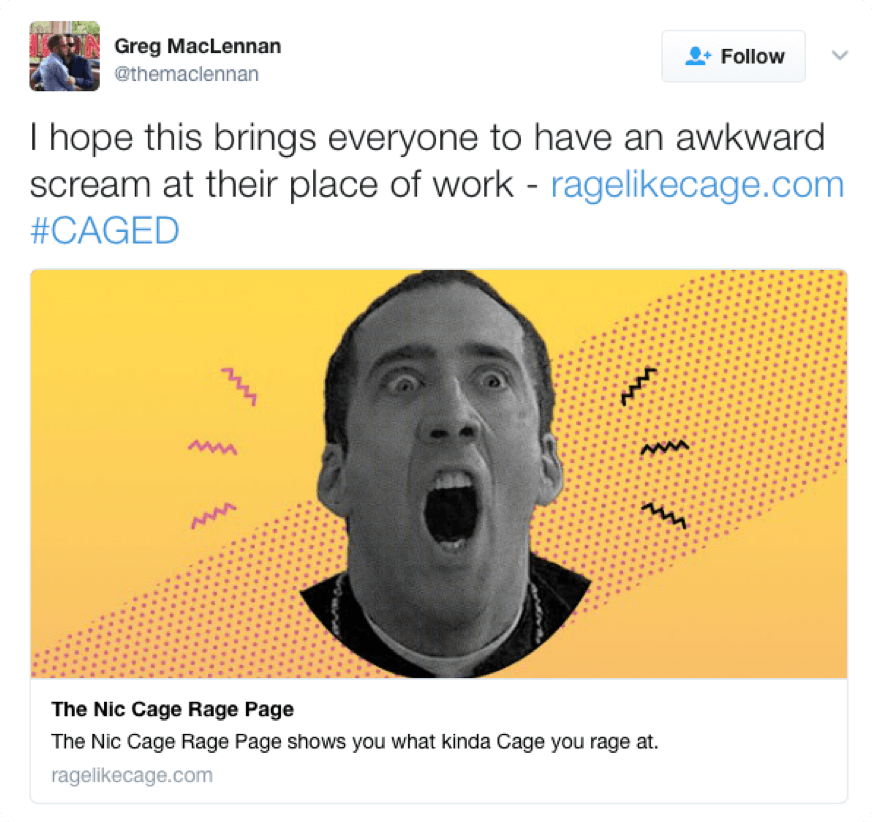 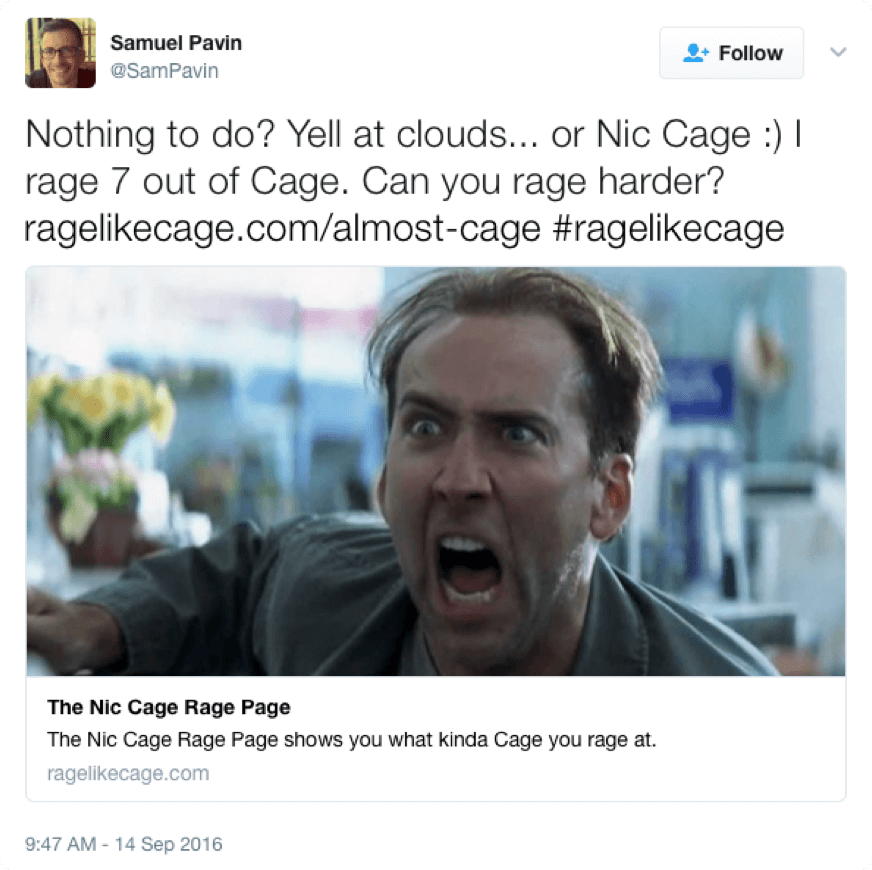 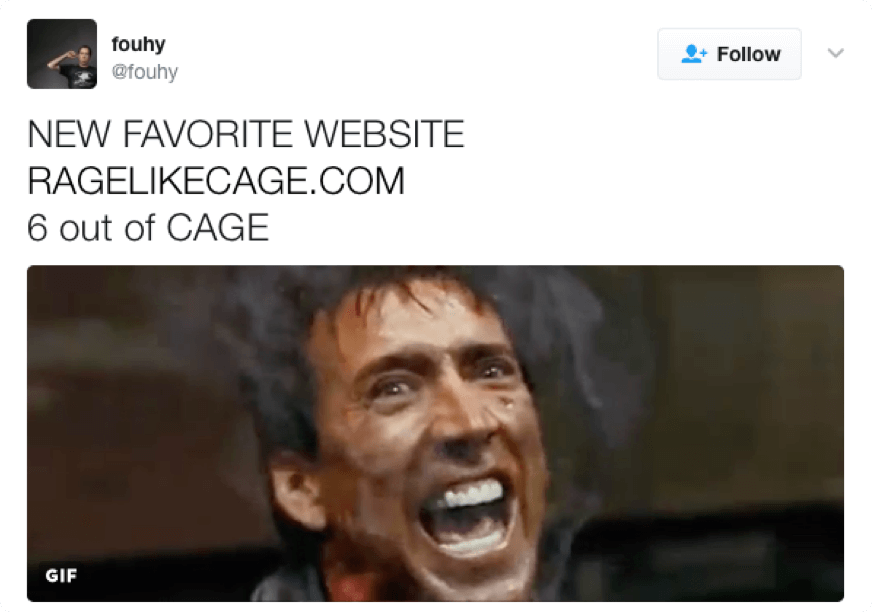 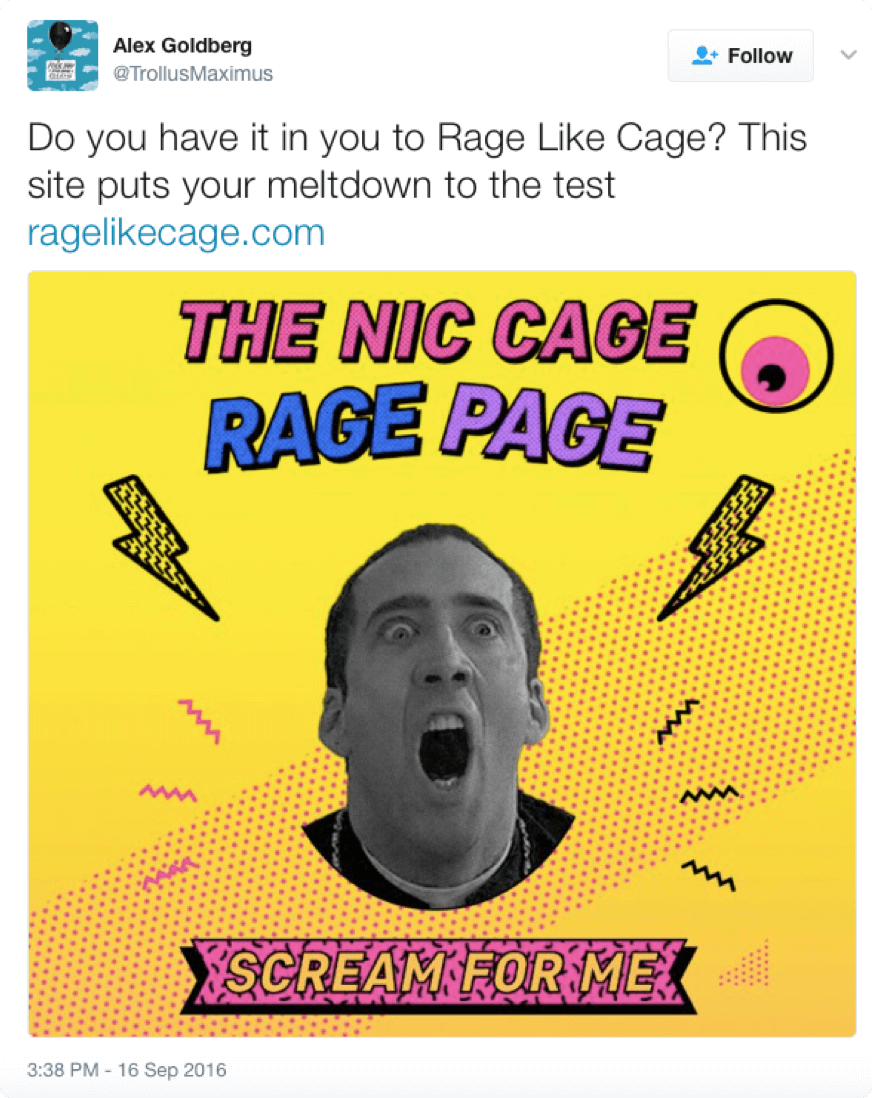 Next Project: The Kissing Bills

Non-profit, Art direction
This website uses icons from icons8.com, photography from Unsplash and illustrations from unDraw. All other content on this site © 2020 Evgeniya Marukhina.